Thanks, in advance for taking the time to read this if you do get to it.

I currently have a 14-month-old very large and beautiful brown male Corso pup. I call him a pup because I know until they are three they are ever changing. I’ve had experience with the breed before but been about 15 years.

We got Thor when he was ten weeks old, and he has been the most amazing addition to the family. He is extremely loving and affectionate to all who enter our home or yard, stranger or not. I have walked him with me every day to drop my son at the school since we’ve had him. He goes on at least three walks a day along with 60 minutes of intense play/exercise.

I started noticing his prey drive kicking in pretty early, about four months old when it got serious. I use the term loosely as he has gotten to what he wanted a few occasions but didn’t bite or attack it instead, laying down to get on the same level and play with it.

The last two walks I’ve taken him on there has been an incident. Last night we came up to an early 20s gentleman. He has always loved everyone, been extremely calm and soaked up attention from anyone. We have been very serious with socializing him from the day we got him. The guy had a jacket on, and Thor lunged a bit, nipped the loose part of the jacket, came back and then did it again grabbing part of the jacket and growling as he does when he and I play.

This morning at my son’s school, we walked past numerous people, male and female along with the kids and him soaking up all the love, he is basically their mascot at this point. We then crossed the street where myself and three ladies have chatted for about 10 minutes each day for the last year while they all pet, scratch and enjoy Thor. A guy that was directing traffic for the school and didn’t have a child with him came up. He also had on a jacket, and we had a repeat of what happened last night with him lunging, nipping the jacket and growling while his tail wagged.

I know the breed is naturally very protective, but this is something that is not acceptable and has never come close to happening before. I apologized to the guy, corrected Thor, and then he allowed the guy the pet him, and everyone went back to loving on him.

Is this just inopportune playfulness? He doesn’t get to play before the school walk or do I have the first signs of aggression that we’ve worked so hard to prevent?

He’s never nipped at anyone before not even strangers in our house or anything, so the normal protective tendencies that manifest first usually haven’t ever been there.

What you refer to as at least 3 walks a day, a Cane Corso, particularly the males, without the correct degree of training, handling ability and supervision will quite often by the time they reach 18 months of age (I refer to dogs in your dog’s age range as adolescents) as patrolling. I would highly recommend my latest book, Healing the Heel which is a guide on how to train a dog like a male Cane Corso to walk on a loose leash – no matter what – from the ground up. One of the first bits of advice that will catch your eye is that you’re better off to stop walking your dog. Keep the exercise routines that achieve cardio, but stop the patrols as there is a high likelihood that one of the contributing factors to your current problem is tied into what you are doing and not doing while out on a walk/patrol. You want to stop reinforcing the behaviour until you get on top of this. 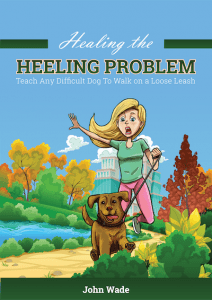 You mention that you have been very serious about socializing him from the day you got him. You should know that the days that actually impact a dog’s temperament range from approximately 21 days to 84 days +/- 7 days or so. I suspect simply by having a busy young household you accomplished many of the goals I set out for people in my book Socialize Your Puppy for Everything (not just other dogs) However, you may have inadvertently been cultivating patrolling through your well-meaning but off the mark efforts to socialize him.

At the risk of being perceived as a shameless self-promoter – that socialization book of mine is one which I wish everyone read before they pick up a puppy. It will help them pick better breeders in addition to learning exactly what to do in order to create a bomb proof/fear free temperament. A tiny fraction of the price of attending a puppy socialization class and far more thorough. I especially wish this was the case for people bringing a Cane Corso into their homes. Almost everything you read on the internet, hear from a dog trainer or a veterinarian is either incomplete, enough so to do more damage than good or just flat out wrong. There’s not a ton about dog behaviour that you can rely on where the claim it’s scientifically based, but this is one area that was studied very thoroughly in the 60’s and my book taps into that research so that breeders and companion dog owners can produce bomb proof dogs. 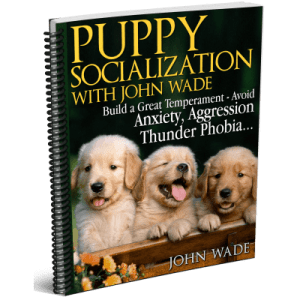 As I mentioned, assuming this isn’t a behaviour connected to poor socialization, it then falls to look into your household’s training, handling and supervision of this dog. If you aren’t in the higher percentiles of diligence in all of these areas you significantly increase the chances that what you’re describing will come to pass. In fact, I do not believe that anyone that cannot for whatever reason achieve these levels should own a guarding type breed, especially a Cane Corso and other similar Molosser breeds. This isn’t a judgement; it’s a conclusion based on personal observations of how much there is left over people at the end of the day coping with day to day realities, let alone adding the training and supervision required of a breed like a Cane Corso which is much less a pet and much more a hobby. Particularly the males.

Here’s a simple test to determine where you’re at as far as relationship and training of your dog.

I would suggest that if the answer is No, to any of these questions you look into learning how to bring these basics about and incorporating the relationship you build in accomplishing these “suck it up/I’m not asking you, I’m telling you” goals. Only then would you start adding distractive elements likely to trigger the guarding and other genetics in a well-bred Cane Corso.

If you have difficulty connecting with someone locally with the level of expertise required to accomplish this (avoid all ”All Positive/Force-Free” dog trainers like the plague for this sort of dog – they get these dogs euthanized with their unscientific approach so far disconnected from the realities of evolutionary biology that they should be considered dangerous themselves.) then I would suggest reconnecting with me to learn how to schedule a Skype consult with me.